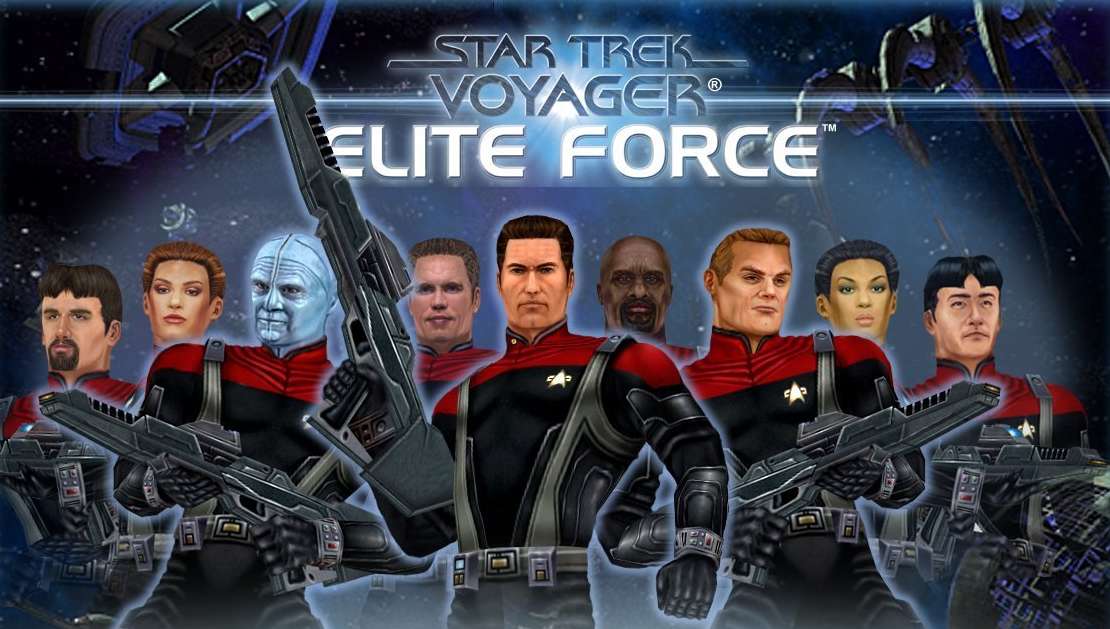 Star Trek Voyager Elite Force is a pretty good First Person Shooter made by Raven using the engine from Quake 3. It's the best Star Trek game in my opinon: great atmosphere, good level design, a new story set in the Voyager universe, you can even explore the Voyager and talk to the crew; there's even a multiplayer mode which is an old school Arena FPS. What more do you want?

The game has some issues with modern systems:

Insert the Elite Force disc. If you try to install it, you'll be greeted by a nice "This app can't run on your PC", indicating that the installer is partly 16-bit.

Ignore it, and browse the files on the disc. Here, you'll find a folder called Setup. Open it. 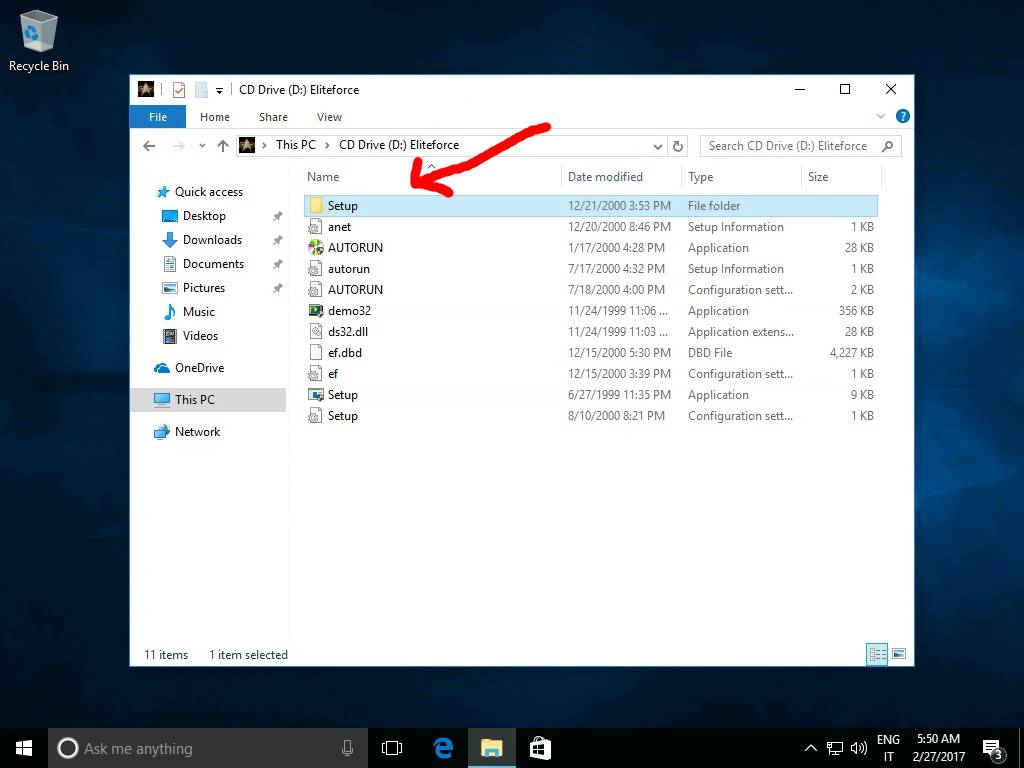 Scroll down and you'll find Setup.exe. This is the actual installer, and it's 32 bit, so it will work.

Run it and install the game as usual. Create the desktop shortcuts. Do not register. 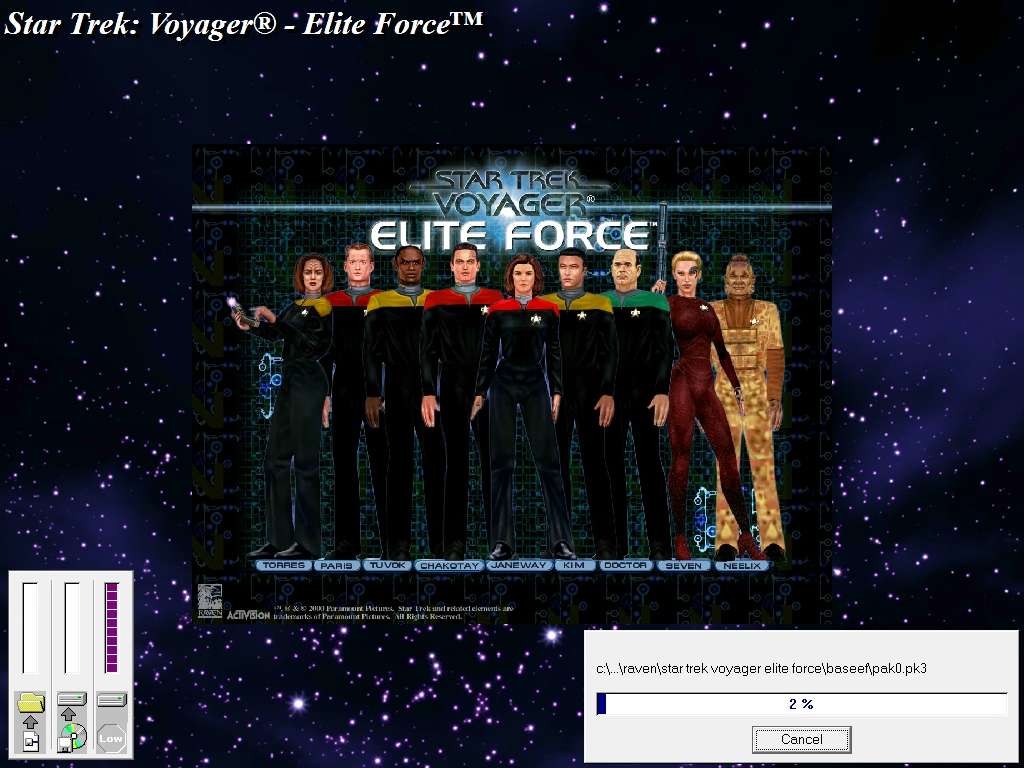 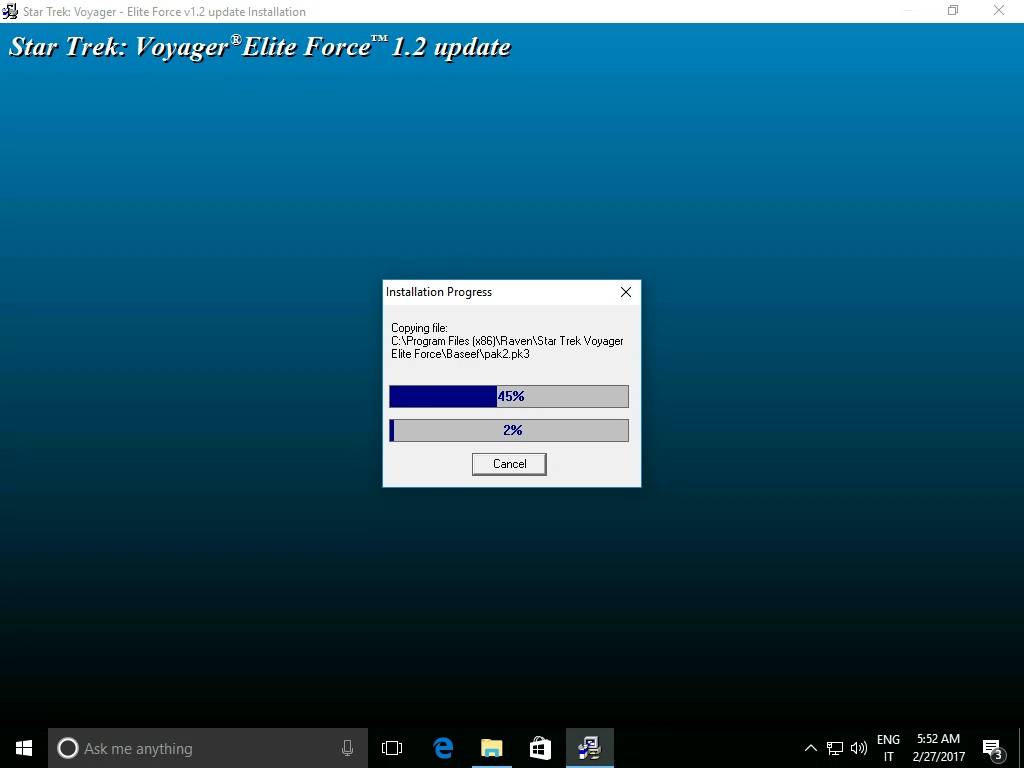 The Expansion Pack lets you explore the Voyager. The setup has the same problem as the main game, so insert the disc, browse the files, enter the Setup folder and run Setup.exe

Install the expansion pack as usual. Do not register.

As I said, the CD check no longer works on modern Windows, so we'll have to use a crack to play the game. Download this archive and open it.

Drag the 2 files from the downloaded crack archive into the game's folder replacing the existing files. 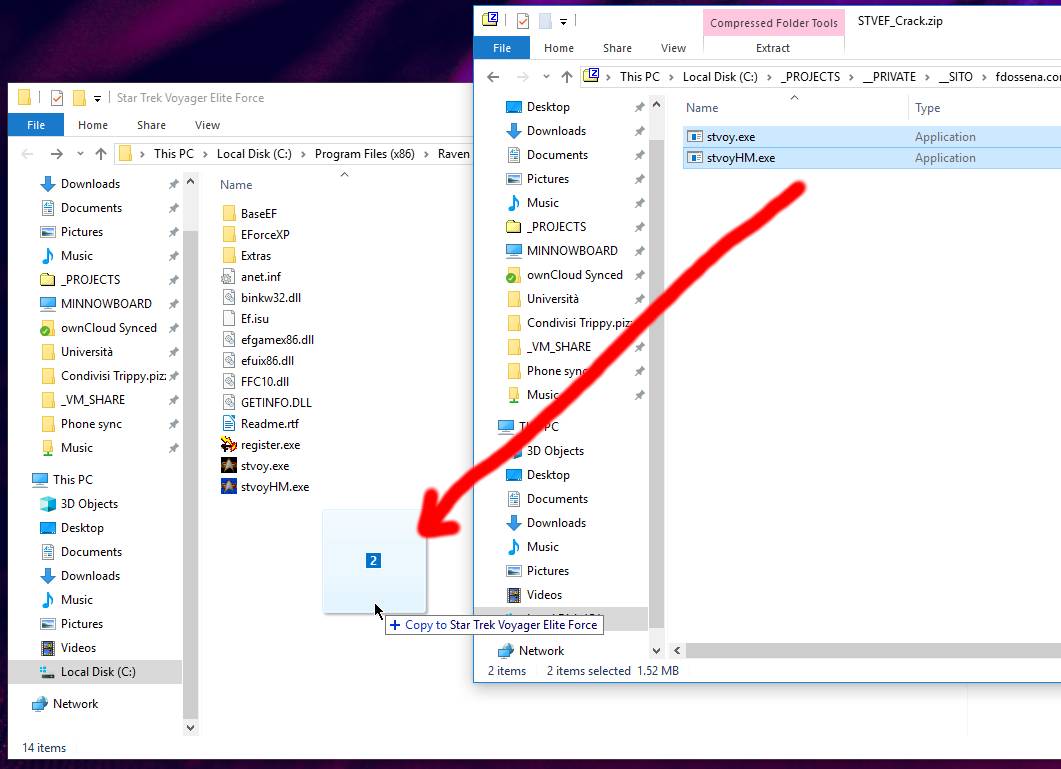 Close everything and remove the disc.

If you have Nvidia or Intel Graphics

Run the game, it should work right away. If you experience graphical issues, see the chapter below.

If you have AMD graphics or you don't know

AMD drivers have a terrible OpenGL implementation which breaks a lot of old games. In this one, you'll see shadows gltiching when you fire a gun. The solution is Mesa3D For Windows. We will use a software renderer and bypass the graphics card completely.
Download Mesa for Windows and open the archive.

Now right click one of the shortcuts to Elite Force and click Open file location, and drag the files from the archive into the game's folder.

Now start the game and go to Configure > Video > Driver Info, you will see that Mesa is being used instead of your graphics card.
Important: set Compressed Textures to off, as they greatly degrade performance and quality!

Before you go: you are now playing with a software renderer; this means that your CPU is doing all the work that your GPU is supposed to do, and it will struggle at higher resolution. For this reason, I suggest to play at 800x600 or 1024x768. 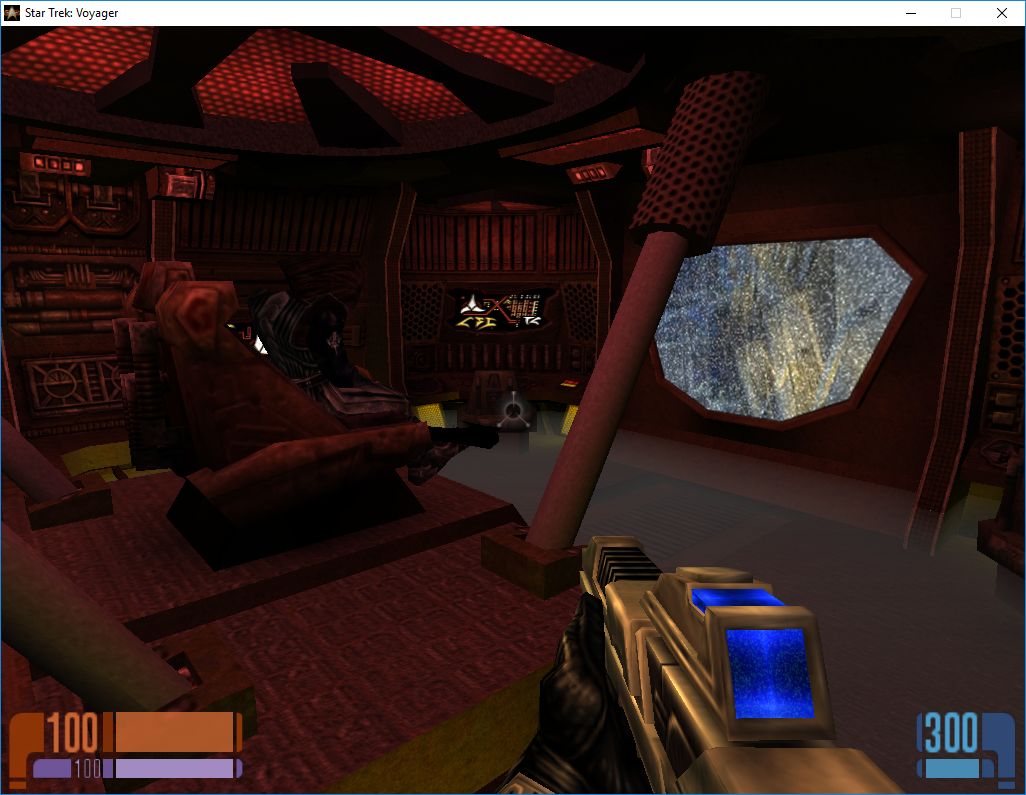